The Reason I Still Ride 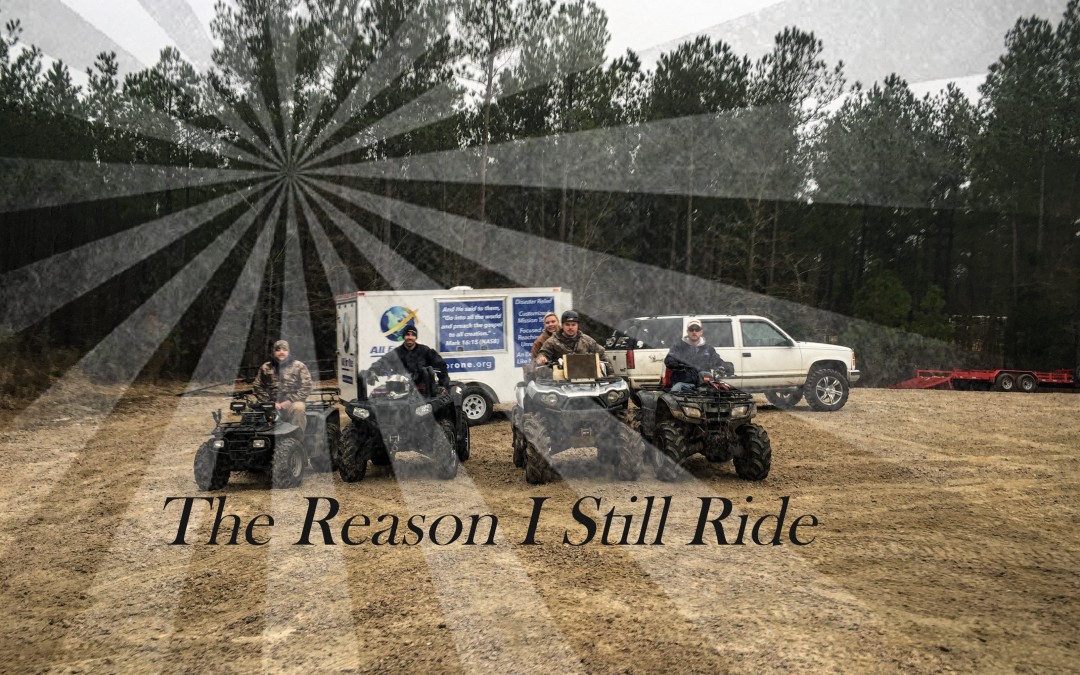 I have not updated or officially thanked everyone who prayed and reached out to me after the ATV accident.
For those who may not be aware, three weeks ago a front compartment detached from the quad I was riding and crushed my nose in approximately 50 pieces. 🙂

A week later, I was in surgery to reconstruct and place two stints on each side of my nose with a cast. The doctor instructed me to perform 10 minutes of “nose therapy” three times a day. Feel free to inbox me if you have a burning desire to know what that consist of.

I am grateful for all of your prayers and God’s provision and protection that it wasn’t worst. Had I lost consciousness or fell on impact, this would have meant a hit to the head or orbital section of the face, which would have been a far worse outcome.
The level of pain and speed of recovery has was better than expected, and I know that is attributed to God’s grace and the prayers of many.

Some have suggested and expressed that I should quit riding, but that’s just not me. For example, baseball has been a passion of mine since childhood. I was hit in the head compliments of one of the fastest pitchers in our league at that time. Although this did create some fear and caution, I continued to get back in the batter’s box to play the game I loved. The same is true with life. Accidents, circumstances, adversity hit us all the time in the game of life. In some instances we are contributors, but nonetheless they happen. This, however, does not necessarily mean we quit or give up. We simply try to learn from and get wiser as a result and accept them for what they are.

Think about it. Where would our country be if every time adversity hit our founding fathers they simply threw in the towel? What if Jesus would have quit because He knew the pain that awaited Him for the sake of you and I? Now don’t misunderstand me, I’m not saying we walk in ignorance and repeat our same mistakes. But I also am in no way saying we quit something because we are told “no” the first time, or because we may have had a painful experience or set back.
Go-carts, dirt bikes, three wheelers and four wheelers have always been a part of my life and served as recreational outlets for me. Even though I have had accidents on all of them through the years, I still continue by God’s grace continue to get back up and ride again.

How about you? What do you continue to keep pressing into? Perhaps a family situation, work situation or something else. Let me encourage you to not give up and or give in. Learn, grow and mature in every situation and let Jesus’ grace in those situations remain the reason you don’t give up and ride them out!

Before and After the Accident 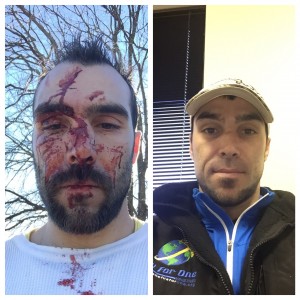